The Council for Scientific and Industrial Research (CSIR) has held a capacity building workshop for journalists from the public and private media towards promoting science reporting for national development.

The CSIR, with support from the Modernising Agriculture in Ghana (MAG), organised the maiden event under its “knowledge series” programme to build a professional relationship with journalists to make them better advocates of science and research.

“One of the outputs of this training is to develop a CSIR press corps who will champion the dissemination of agriculture, science and technology-related information,” Mrs Benedicta Nkrumah-Boateng, the CSIR Head of Corporate Affairs, said.

Professor Paul P. Bosu, the Deputy Director-General, CSIR, said it was imperative for the Council to have a stronger relationship with journalists who had deep understanding in science and research to help advance scientific research.

He took participants through efforts being made by the Council to disseminate science and policy research to stimulate agricultural growth and development.

The CSIR has 13 research institutes, over 50 research centres, units and field stations, with more than 400 research scientists.

Through several accredited laboratories, the Council has investigated and disseminated numerous research findings on root tubers, grains, palm and coconut among others, and also deployed agricultural technology to local farmers.

Its workforce spans 3000, including administrators, but with the bulk being research scientists distributed across Ghana’s administrative regions.

Professor Bosu shared some successes chalked by CSIR since its establishment over 60 years ago, among which were the deployment of agriculture technology to farmers and production of improved crops with high yields and resistant to pests.

“We have been able to develop new crop varieties, like Boda [rice variety]….and working hand in hand to help the Government reduce rice importation, estimated to cost Ghana between 600 to 800 million dollars every year,” he added.

The CSIR has also worked for the restoration of some coconut and oil palm varieties, and Taro, locally called ‘Brobe’, which had faced near extinction over the last few decades.

He said CSIR was actively engaging the private sector and working closely with the Ministry of Food and Agriculture extension officers to bring improved technology to the doorsteps of farmers and across sectors.

He reminded participants that the “CSIR is a council and not a centre,” adding that a council had several centres.

In view of that it had developed computer application software such as technology portal that contained all the technical information of the Council.

Added to that is the research and data repository, which holds research publications by scientists and accessible to the public.

“Kuafo Market Place app is also in place, bringing farmers, sellers, and buyers together for transactions. It connects farmers and investors together,” Mr Wilson said.

Mr Donald Gwira, Communication Consultant, CSIR/MAG, reminded the journalists of the technical nature of science reporting and urged them to be thorough in their reportage on scientific matters. 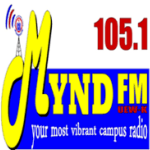