Authorities of the Military High Command of the Ghana Armed Forces have expressed disgust over the assault of one of its members, Warrant Officer WOI Mashud Salia by another security agent.

WOI Salia was reportedly assaulted by some plain-clothed personnel of the National Signals Bureau around Tulaku Junction, on the Ashaiman- Akosombo highway in the Greater Accra Region.

The unfortunate incident is said to have occurred last Wednesday, November 25, 2020.

“This bizarre incident has been roundly condemned by both the Ministry of Defence and the Military High Command. The Sector Ministry of National Security has also, in a similar vein, condemned the actions of the personnel involved,” a statement from the Armed Forces indicated.

Already, the Deputy National Security Minister, Henry Quartey and the Chief of the Defence Staff, Lt Gen OB Akwa, have at an emergency durbar expressed worry over the incident while apologising to the officer involved and the Ghana Armed Forces as a step towards addressing the problem.

The durbar was held at Michel Camp, Tema on Saturday, November 28, 2020, with troops of the infantry battalion.

Meanwhile, all ranks have been assured that the “matter is being thoroughly investigated and anyone found culpable would be dealt with in accordance with the law.”

“It is reiterated that ongoing investigations will be pursued vigorously and sanctions meted out as appropriate”, portions of the statement read.

In the meantime, all ranks have been urged to exhibit their usual sense of professionalism and
tackle all duties with the same level of maturity. 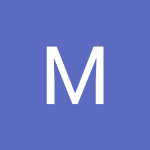 Lottery Business Is A “Game Of Chance,” – NLA Boss