Skip to content
• Hearts and Kotoko are expected to lock horns later today• The results matter a lot especially as both clubs have 56 points• Ahead of the Super Clash, some celebrities have shown support to their respective teams

The countdown to the much-awaited football match between Accra Hearts of Oak and Kumasi Asante Kotoko is on and fans are looking forward to seeing their favourite teams win.

Ahead of the game which has grown in popularity across the country, some showbiz personalities have joined in the ‘steeze’ as they have publicly announced their favourite teams.

In some cases, their choices have gathered criticisms and caused a stir on social media.

The game comes off at the Accra Sports Stadium at 3 pm.

The popular actress has openly declared her love for the Accra Hearts of Oak football club ahead of its clash with Kotoko.

With much enthusiasm, the actress resorted to social media on June 25, 2021, to post a Hearts of Oak logo which attracted series of comments from fans who seem divided over her decision.

Some fans side with the actress while others have expressed disappointment over her choice. 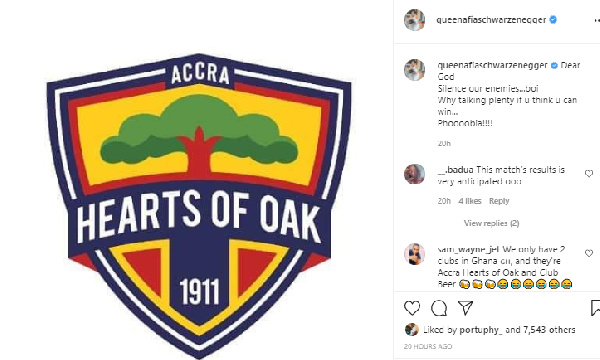 “Dear God. Silence our enemies…boi Why talking plenty if u think u can win…Phoooobia!!!!” 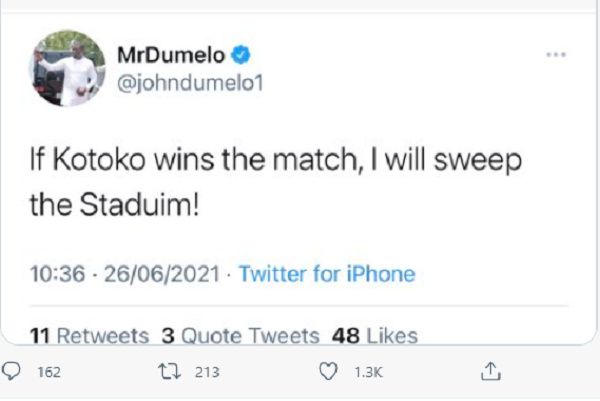 In the case of John Dumelo, he has opted to sweep the stadium if his favourite club, ‘Accra Hearts of Oak’ fails to win the game.

In a bid to publicly declare his support as a ‘Phobia’ fan, he wrote on Twitter:
“If Kotoko wins the match, I will sweep the stadium”!

His comments have since caused a stir from some individuals particularly Kotoko fans who have vowed to make him fulfil his promise should Hearts of Oak lose.

Tags: Hearts vs Kotoko: These showbiz celebrities have publicly supported their favorites