The Executive Director of the Media Foundation of West Africa (MFWA) Sulemana Braimah has said Former First Lady Lordina Mahama must also refund all the allowances paid her by the state.

This comes after the current First Lady Rebecca Akufo-Addo has refunded all the allowances paid her since 2017.

Mrs Akufo-Addo has issued a Consolidated Bank Ghana Limited cheque for GH¢899,097.84 as a refund of all allowances received since 2017.

On Monday, July 12, she announced that due to the “extremely negative opinions” which have laced conversations on her allowances, she was refunding every pesewa.

She also served notice not to receive any monies that have been allocated to be paid to her pursuant to recommendations of the Professor Yaa Ntiamoa-Baidu Committee, which was tasked in 2019 to review emoluments of Article 71 office holders.

She found the public debate “distasteful, seeking to portray her as a venal, self-serving and self-centered woman who does not care about the plight of ordinary Ghanaian”.

Barely 24 hours after that, her office has written to the Chief of Staff, Frema Osei Opare, to present the cheque number for the full refund of the monies. 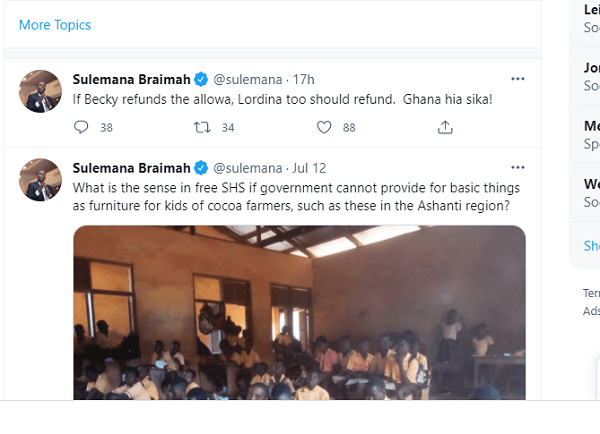